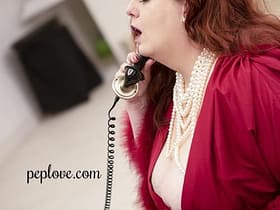 Everywhere we look in society we see monogamy as being promoted as the best way to live. Celebrity couples, expensive marriages, the church and television all seem to preach a message that is unless you’re with one partner, you’re a sinner who is probably going straight to hell. However, such attitudes run counter to the idea that we’re all free to decide which path our lives take and that, at least in the area of our sexuality, we don’t have to put up with what society might want.

The old approach to non-monogamy was similar to that taken by Don Draper in the television series ‘Mad Men’. That is, men (and women), would be in a primarily monogamous relationship but then pursue other relationships on the side. Although they might tell the partner that they’re having an affair regardless if they’re married, or in a long term relationship, they would never share this information with their life partner. Having affairs, and flings, was a normalised way in which people conducted their affairs. This is true even to this day, and a high proportion of married people have had sex outside of marriage.

There is, though, something a bit unethical about this approach. You are lying to at least one other person, and the sneaking around associated with having an affair can cause immense pressure and stress. You only need to watch a few episodes of Mad Men to see that Don Draper is not a happy man, despite the number of women who end up in the advertising executive’s bed. A better approach would be to come clean about your non-monogamy and, if that is what you are to decide, to think about declaring it to your partner. In this guide, we look at the best ways to tell your potential date that you will not be having an exclusive relationship with him or her and that your preferred style of relationship is non-monogamy.

It might be a good idea to think about the personality of your date when telling them you are non-monogamous. Their views on religion, marriage and relationships will tell you whether they are likely to take the idea on board. However, appearances can be deceptive. A woman that I knew in my first job who declared herself to be a born again Christian, was more of a porn again Christian who had an extensive wardrobe of leather bondage gear and whose definition of a long term relationship was a one night stand. Asking your partner what they are looking for in a relationship is a good way to broach the subject.

Rather than saying that you will be up for fucking a range of random people, it is better to state that you’re not into exclusivity in relationships. It’s important to let your date know that you’re not going to hurt them intentionally and that you’ll respect their boundaries whilst pursuing non-monogamous relationships. For example, I knew that I had crossed the line when my partner met a new girlfriend of mine for the first time whilst she was on all fours on our bed. This isn’t the best way to conduct open relationships and it wasn’t long after that point that both relationships came to an end.

3. Be prepared for a bad reaction – at first

It may be that the person that you’re with is very open to the idea of non-monogamy. However, it’s likely that your date may need some time to think about this. In many cases the initial reaction will be largely negative. When your date has had time to think about the implications, most people are surprisingly positive and may wish to enter your life as a non-monogamous partner.

4. Play fair – non-monogamy for both of you

Difficulties can occur when the person who requests non-monogamy doesn’t agree that you should also have that opportunity. It’s sometimes the case that people do not think of the implications of open relationships and what they want for themselves does not extend to their partners having the same thing. This is generally a selfish attitude, and not conducive to non-monogamy. You need to explain that your partner will have the same freedom in a non-monogamy relationship as you’ll have.

The most important thing to remember about non-monogamy is that it should be fun. If you can’t enjoy the person you’re with at the time when you’re with them, you might not want to be in a relationship with that person at all. You should explain to your date that you want to be with them at this time, and that although you will pursue non-monogamy, this does not detract from your dates and general happiness.

Like to be featured on EroticSpin? Drop us an email at contact@eroticspin.com!

As you might have read in major publications worldwide, the sale of sex dolls shot up as soon as the coronavirus was declared a pandemic. ...

How To Introduce Sex Toys Into Your Relationship

Sex is an integral part of any romantic relationship, and while frequent sex can help you bond, sex therapists say that focusing on the quality of ...

Get More Comfortable Talking About Sex

For some people, discussing sex is as easy as breathing, and as natural too. Some people can dive into conversations about all the glorious messy ...

Get our latest news straight into your inbox.

Please input your email address. That email is already subscribed. Your address has been added.